Create an Account - Increase your productivity, customize your experience, and engage in information you care about.

Everyone who serves the Loveland-Symmes Fire Department is consistently reminded of those who gave the ultimate sacrifice on September 11, 2001.

Secured prominently within the firehouse bay, American flags from our September 11, 2002 memorial proudly bear the name of each and every public safety service worker who perished while serving their community. In addition, every piece of apparatus is adorned with a September 11th Memorial decal. 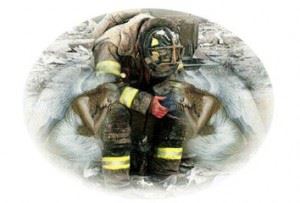 This donation, arranged by Firefighter Lee Lelpi (retired) from Rescue 2 of the Fire Department of New York (FDNY) is a high honor. Portions of the World Trade Center were rarely given out. After seeing the beam when it was first delivered, LSFD Deputy Chief Billy Goldfeder said, “To realize that this – this 3-foot high, 1-foot-wide beam – was once a portion of the North Tower, is incredible.” Weighing about 200 pounds, this beam has and will continue to serve as a physical connection for all to remember the horrible events of that fateful September day. 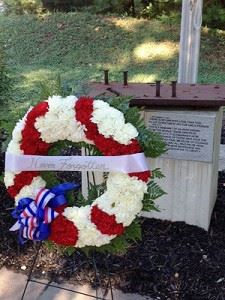 The LSFD was given the privilege and honor to receive this piece of the World Trade Center because of the department’s never-ending dedication to remember all who serve their communities in times of need. The department made an eternal commitment after the tragedy of September 11, 2001, to never forget those who perished. Every year since 2001, Loveland has held one of the largest 9/11 memorial ceremonies in the country and has committed to honoring those individuals who paid the ultimate price in every year that follows.

“It’s not just about a yearly ceremony,” Chief Knapp said. “We are forever connected (to that event) every day in everything we do. We want our community to know that connection and be a part of it.” And so, the Loveland-Symmes Firefighters' Memorial lives on. 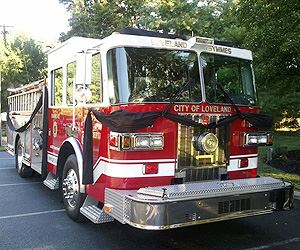